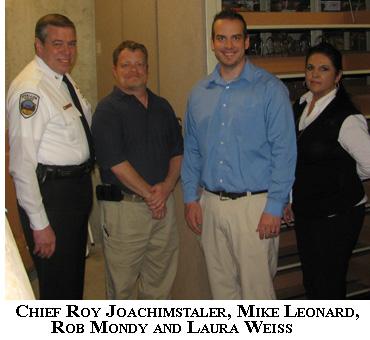 O'Fallon Casting (OFC) has been a part of the O'Fallon business community since its founding in 1969 and through the years has grown to become a world leader in the manufacture of Nonferrous Investment Castings. Over the course of five decades, O'Fallon Casting has produced in excess of 7,500 different part numbers for its Commercial, Defense & Aerospace customers around the globe and the paper records for these many different parts required substantial storage facilities. In 2008, O'Fallon Casting began the process of digitizing its paper records and today has become a totally paperless enterprise.

As the paper records were replaced by their digital equivalents the shelves of OFC's "Aisle Saver Storage System" were gradually emptied. With the Storage System still in good condition, O'Fallon Casting began looking to find it a new home in order to create space for a new Metallurgical Laboratory.

On February 19, 2014, a contractor for the City of O'Fallon disassembled and transported the Storage System to the O'Fallon Police Department. O'Fallon Casting's Rob Mondy visited with Chief of Police Roy Joachimstaler, Laura Weiss and Mike Leonard on April 3rd to see the new installation at the O'Fallon Police Station

O'Fallon Casting is proud to be part of its namesake community. OFC appreciates the continued support of the City of O'Fallon and is honored to be able to assist its Police Department address its storage needs.

O'Fallon Casting operates a State-of-the-Art Foundry that manufactures aluminum, brass & bronze Investment Castings for customers around the world. In 2012, O'Fallon Casting was selected by the U.S. Small Business Administration as its Region VII – Subcontractor of the Year. In 2013, the American Foundry Society chose O'Fallon Casting's entry as its "Casting of the Year." The State of Missouri recognized O'Fallon Casting 2013 with a "Show Me Heroes Flag of Freedom" award for its hiring of returning veterans.