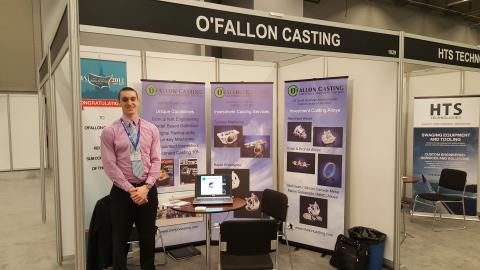 The Aeromart Conference in Montreal is part of a series of aerospace conferences held all over the world by BCI Aerospace.  Unlike most trade shows, the BCI shows focus more on arranging business to business meetings, rather than having participants "walk the show".  This allows participants to chose who they would like to target in their industry, whether it be a consumer of their products or a potential new member of their supply chain.

The conference in Montreal this year brought together OEM and Tier 1 Aerospace suppliers from around the world.  Among the shows key participants were Bombardier, Airbus, Pratt and Whitney and Bell Helicopter.

O'Fallon Casting was happy to have the opportunity to attend the conference as part of the Missouri Department of Economic Development's contingency, which included members of the MO DED and other Missouri businesses.