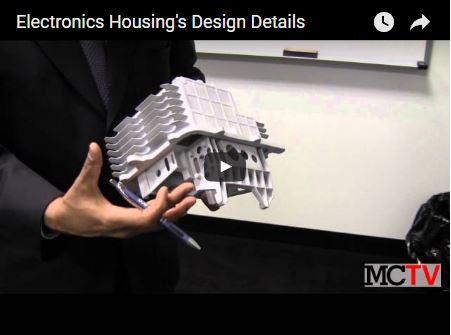 O’Fallon Casting was pleased by a video that has been released by the American Foundry Society on their MCTV – Metalcasting Television.  In the video design engineering consultant and author, Jiten Shah, a Product Development Analyst expounds on design elements of O’Fallon Casting’s “Casting of the Year”.

Jiten Shah skillfully promotes aspects of “Good” casting design such as the combining multiple pieces into one cast structure.  He also hits upon some of the distinct advantages of the Investment Casting process such as surface finish and zero draft.

O’Fallon Casting is delighted to have been selected as winner of the AFS / Metal Casting Design & Purchasing 2013 Casting of the Year award.  However, winning the award first required that a Design Engineer envision the cast part and then “put the black lines on the white paper”.

To promote good casting engineering and design, O’Fallon Castingoffers its Investment Casting-101class to its customers.  IC-101 explores, in detail, the fundamental principles and considerations for successful casting engineering.

We thank Jiten Shah for his kind and incisive comments about the casting, and the American Foundry Society for sponsoring the video.